Towards a Citizens’ Union (2CU)

At the grassroots level, citizens’ perceptions have drifted a long way from the European ‘demos’ imagined by the architects of modern Europe. European integration is often perceived as an elite-driven project that is too remote from ordinary citizens. The ‘polycrisis’ that has plagued the EU for the past few years has led to a cacophony of voices calling for fundamental change to the European integration project.

Insofar as such proposals exist, they have been developed by elites, either “as damage limitation to placate a restless populace” or as an effort to reduce EU institutional interference at the national level. Examples of the former include the aim to create transnational lists for the European Parliament elections and to revive the lead candidate (‘Spitzenkandidaten’) system pioneered in 2014. An example of the second category is the renewed call from Central and Eastern European governments to arm national parliaments with a red card to shoot down the European Commission’s unpalatable legislative initiatives. Emmanuel Macron’s proposal to organise civilian assemblies to debate the future of Europe may be more in tune with the mood of the masses, but a self-declared ‘Jupiterian’ president seems hardly the right person to push for its implementation.

While the leaders of the EU institutions and member states increasingly invest their hopes in reviving ‘output legitimacy’ by delivering on policy objectives (e.g. shoring up security and defence cooperation, reform of the eurozone and the Schengen area, striking up progressive trade deals), the democratic legitimacy problem has in effect been left to fester. The (perception of) non-transparent decision-making continues to feed into popular frustration about how governments and EU institutions operate. The risk of an even greater negative feedback loop is therefore real.

Against this backdrop, 20 of our EPIN partners have joined forces in a three-year research project. The ‘Towards the Citizens’ Union (2CU)’ project is concerned with the two-pronged question of i) how the relationship between citizen, state and EU has changed, and ii) whether and how direct democracy (this volume), representative democracy (volume 2, forthcoming in 2019) and the accountability of democratic institutions (volume 3, forthcoming in 2020) can be improved in a multi-layered EU. As such, 2CU uses the phenomenon of populism not so much to engage with policy, but as a research handle to assess process and polity. All three volumes will be published with Rowman & Littlefield International.

Building on the notion of increasing social, economic and political interdependence across borders, the first volume asks whether and, if so, how a sense of solidarity and European identity can be rescued from the bottom up by politically empowering citizens to ‘take back control’ of their EU. In the following two phases of the 2CU project we will conduct research into the state of representative democracy in Europe and the accountability of democratic institutions.

This project is co-funded by the European Commission under its Erasmus+ Jean Monnet programme. 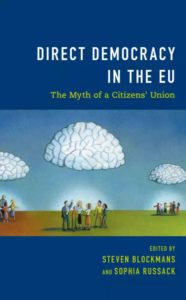 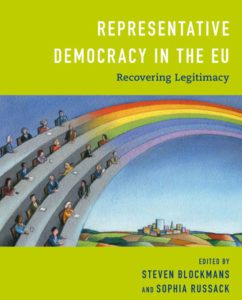