Home
>
About us
>
History of SFPA 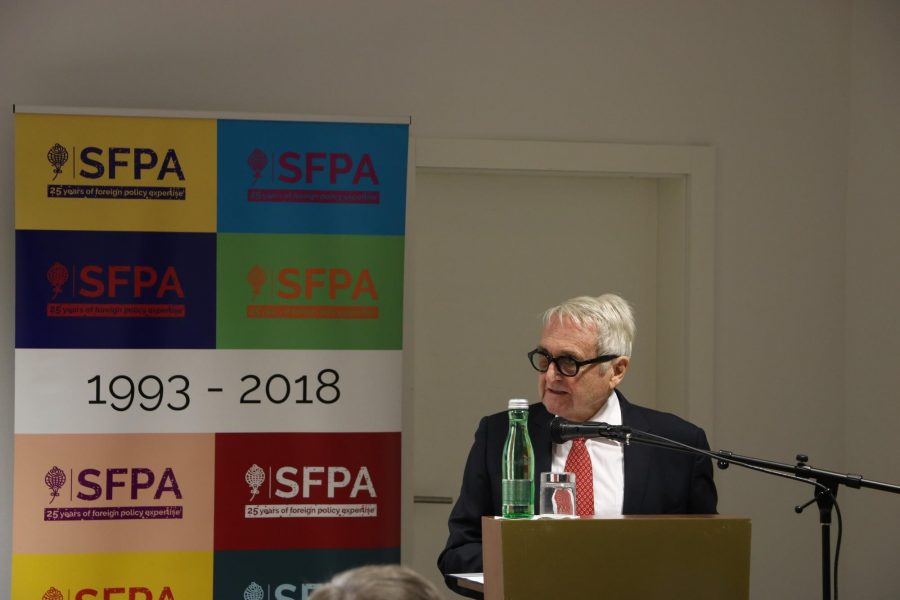 The initiator and founder of the association was then ambassador Magda Vášáryová. Other founding members of the association included, among others, Rudolf Chmel, Pavol Demeš, Dominik Bartosiewicz and other public figures. Magda Vášáryová served as Chairman of the Board of Directors of the association from its founding in 1993 until 2000. Professor Juraj Stern has served as Chairman of the Board of Directors since 2000.
Until 1995, the core SFPA activities consisted in organizing public events serving as discussion forums on topics related to Slovak foreign policy within the scope of the Modern Foreign Policy and Jour-Fixe programs.

In 1995, the SFPA Research Centre (RC SFPA) was founded as an integral part of SFPA. The centre became the first independent non-governmental think tank in the Slovak Republic specializing exclusively in the field of international relations research.

In 1997, the associations launched its first bimonthly periodical titled SFPA Letters. The publication originally served as an information bulletin for SFPA members. Later on, with SFPA Letters serving as the basic platform, the first Slovak foreign policy magazine was founded: Foreign Policy was first issued in 2005 and since 2013, it has been available in digital version as the www.zahranicnapolitika.sk online portal.