In this policy paper "New START Treaty – State, future and implications for the EU and V4", written in cooperation with the Think Visegrad think tank, Juraj Sýkora, a Junior Researcher at SFPA, analyses the current state of nuclear arms control, the New START Treaty, what it contains and who it concerns. The policy paper also analyses the prospects until 2026, when the extension of the Treaty expires.
Juraj Sýkora 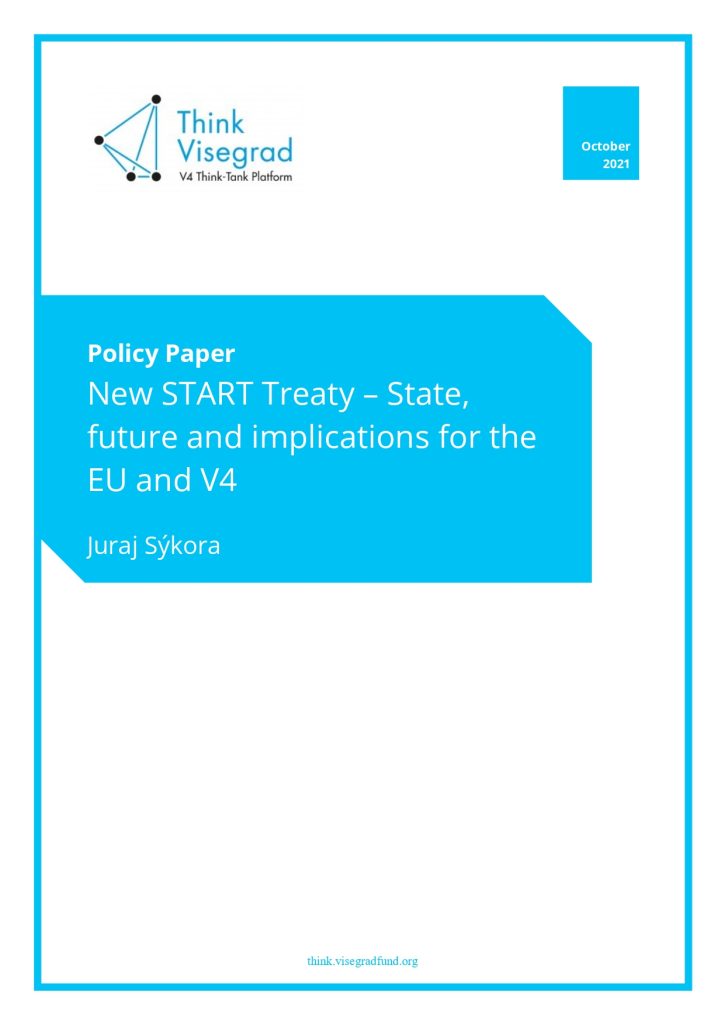 After the Cuban nuclear crisis in 1962, the US and USSR realized that cooperation between the countries is inevitable to maintain peace and decrease the risk of nuclear war. Cognizant of the destructive power of nuclear weapons, the US and USSR signed Strategic Arms Limitation Talks (SALT I), the first nuclear weapons treaty that capped the number of missiles of both countries. A lot has changed since that time. The number of nuclear weapons has never been as low as it is now.. However, new technologies, new players and new threats are posing great global risks. Relations between the US and Russia are frigid, and the treaties that were meant to protect not only their regions but also the world are collapsing. However, the year 2021 brought good news in form of a lastminute extension of the New START Treaty, the successor of SALT I. The countries now have 5 more years to negotiate how a future treaty should look, what should it should contain, and who should be part of it. Working groups have been established lately to adress the numerous issues within these negotiations. The paper will first analyze the current state of nuclear arms control, the New START treaty, what it contains and who it pertains to.

The paper will then analyze the prospects towards 2026, when the extension to the treaty will expire. The European Union, which lays between two concerning superpowers, seems to be powerless in the process of creation and implementation of the treaty; nevertheless, the fact remains that if a conflict erupted, certain countries of the European Union, mainly the ones with defense systems, would be attacked. That is why it is pertinent to analyze how the EU can assure security in the region, and what activities can be pursued to maintain it. One of the countries that host defense systems is Poland, part of the V4. Therefore, the paper will analyze the positions of the V4 concerning the treaty, but also the nuclear security in the region.